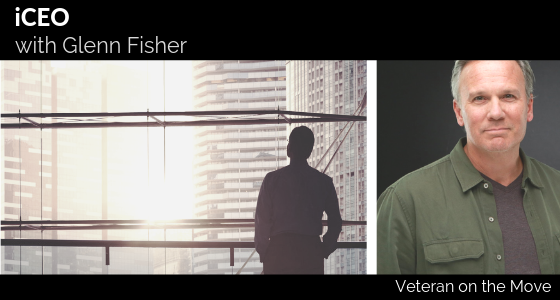 Glenn Fisher is a highly experienced senior executive, a “rainmaker” driven for continuous improvement with an outstanding record of starting, building, growing and operating companies. Glenn is passionate about making a difference; building teams that are aligned with the mission, committed to innovation and change, laser-focused on priorities that lead to better results.

“When I was in the Marine Corps I had my Marine Corps job, I went to school, and then I also created a business while in the Marine Corps. I printed T-shirts for all types of people. I basically outsourced the printing of it, so I was a sales organization. That allowed me to create a business, and by the time I got out of the marine corps, I had a business and I was making part time $500 to $1000 a month doing that. I thought if I can do this investing part time, what could I do if I did this full time? So I naturally went ahead and created a business called Specialty Design, and moved that to Dallas after I got out of the Marine corps. I started picking up accounts, and before you knew it I was printing around 40,000 shirts a day.” -Glenn Fisher

Glenn had a full time job at a hotel after his time in the Marine Corps, and this granted him financial security to build up his business. He also worked as a bartender at a comedy club where he met his wife. He then partnered up with 2 guys he outsourced the printing from.

Things went well for the first few years, and Glenn landed accounts with Dr. Pepper and 7UP, but one day he walked into the office to find the IRS tagging all of their equipment. Glenn was unaware that his business partners were not paying their taxes for the business they had created before they became partners. Glenn had lost everything he worked so hard for, and he learned a valuable lesson about who one should – or should not do business with.

“I walked away, but all of the business I built was gone in an instance, because I didn’t do a very good job partnering with the right guys.” – Glenn Fisher

Glenn had to start from scratch, so he moved to Kansas City with his wife. Glenn was out grabbing a beer with a friend and overheard a man yelling furiously at someone over the phone. He started conversation with the man and found out he was losing a ton of money because his employees on his job site were sitting around waiting for an empty trash container so they could clean up. The company in charge of the trash containers was doing a poor job and costing this man a fortune. Noticing the opportunity, Glenn offered to do business with this guy, and he agreed. Glenn took out a loan to buy the equipment, then got his first contract. He was competing with Deffenbaugh, the same company that caused his first client to switch over.

“I eventually sold that business to Waste Management, then they asked me to turn around a business that had a half a billion dollars in revenue. It had never made a profit in 20 years, so I turned that around and it was generating 22% evened out. I then sold that company to BFI Canada.” -Glenn Fisher

Glenn shares his thoughts about military veterans getting out of the military and going into the civilian workforce.

“I’ve never set out to be an entrepreneur, I set out to solve problems.” -Glenn Fisher