The Milbrand Project with Evan Guzman 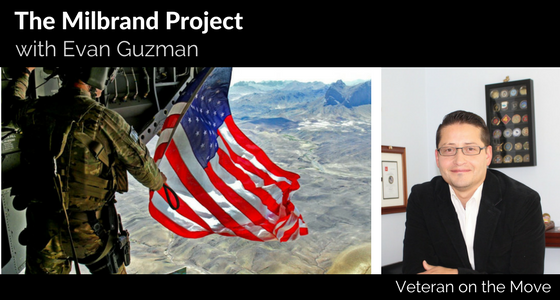 206: The Milbrand Project with Evan Guzman

Evan Guzman, former Global Head of Military Programs and Engagement for Verizon and founder of The MiLBRAND Project, an agency dedicated to helping businesses and employers attract and retain veterans and military spouses.

Career in the Military

Don was drafted in the military in 1986. He went through basic training and afterwards went to a radio school. In Germany, he served as a radio operator and helped track the maneuvers of the Soviet in Eastern Germany.

After his career in the military, Don returned to his studies in the University and graduated with a degree in Russian Language and Literature. He already had it in mind to pursue a career in teaching.

But he pursued entrepreneurship instead with his friend, and started a magazine. He followed the same path for four decades. His clientele included the likes of Georgia-Pacific, BellSouth, Hardy’s Hamburgers.

Launching Others to Success

Throughout the years, Don has been fascinated by what makes people successful. Even across the internet, he saw the need for self-discovery and ways to succeed.

Enter the Discover Your Talent podcast, where Don talks with people from around the world and discusses their turning points in life. It empowers others to learn from their experiences and decisions that launched them to where they are now.

To hear about The Milbrand Project with Evan Guzman, download and listen to this episode.

Check out these links from The Milbrand Project with Evan Guzman:

Evan Guzman, former Global Head of Military Programs and Engagement for Verizon and founder of The MiLBRAND Project, an agency dedicated to helping businesses and employers attract and retain veterans and military spouses.